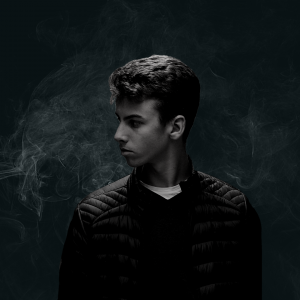 Max Adrian is on a rise. The 17-year-old producer from Steinen in Germany already gained an impressive 20k monthly Spotify listeners, as well as DJ support from the A-listers, like Hardwell, Martin Garrix and many others. For his newest track ‘Aware’, Max got picked up by well known talent agency and recordlabel Epic247, who also brought new electronic artists like Magnificence and Marc Volt to the front end of the global music industry.

For ‘Aware’ Max Adrian teamed up with Antheros (Chile) and Rion (UK), who are no strangers in the scene themselves with numerous releases on their names. ‘Aware’ is already receiving full support by Don Diablo, Hardwell, Thomas Newson, Luberjack, ZROQ, Julian Snijder and Magnificence. Aware was handpicked by Armin van Buuren’s Alda events for their promotional videos for the Saga festival in Romania.

Around late 2019, newcomer label Epic247 surprised everyone by releasing the ‘Unboring the Future’ by perhaps the 2 biggest talents in the industry of today; Magnificence & Shapov. To build on their core philosophy, the Epic247 Recordings team opened up its platform for a new generation of creatives. Continuing that vision, they now launch their latest release by a fresh, young talent from Germany, that comes in the form of Max Adrian and his new single ‘Aware’.