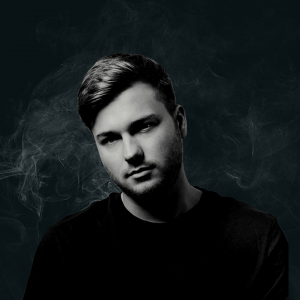 Despite his young age, Thomas Newson has made sizeable waves throughout the dance music community over the last few years. With a seemingly unstoppable run of strong releases, spectacular live shows and major label ventures under his belt, Thomas Newson remains an unprecedented success story of recent memory in Electronic Music.

With his releases receive ongoing support by electronic artists like Calvin Harris, Chris Lake, Ferreck Dawn, Tiësto, Low Steppa, Tchami, Solomun and Diplo, while his music is simultaneously featured on the biggest influencing playlists, like Housewerk, Dance Party, mint (Latin) and Dance Rising leading up to over half a million monthly listeners on Spotify.

Having experienced a massive spike of interest since his debut single ‘The Flute’ (50 million streams) Thomas built momentum ever since. Thomas Newson is one of those unique artists continuously pushing creative boundaries, shaping his sound and by doing so, managing to leave a distinctive and everlasting mark in the scene. With his recent releases like ‘The Worker’ (2018; 4 million streams) and ‘In the Club’ (2020; 1 million steams) placing Thomas Newson at the frontend of the global house culture, and undoubtedly, he has the potential to be the heir to Holland’s house throne.

On tour Thomas played his signature house sound on all the great festival stages throughout the world, from Tomorrowland and Creamfields to Ultra Miami. Besides killing the crowd with his sound at festivals he plays at various DJ Mag Top 100 clubs all over Asia, United States, Europe and South America, including the iconic Space, Ushuaïa and Hï Ibiza venues on Ibiza.

With these numerous prestigious achievements under his belt at such a young age, it will be no surprise when Thomas Newson inevitably rises to the top of Dance music, and with remarkable progress in such a short space of time, this feat seems to be edging ever closer for 2021 with a wealth of exiting new music in the pipeline.