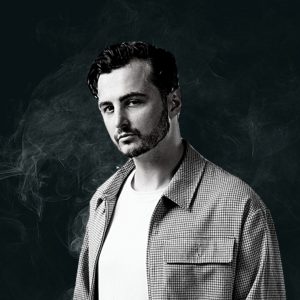 Never ending music versatility comes in the form of Dutch power-house producer: Magnificence. Magnificence, in person of Robin Klaver is changing the sound of progressive and electro house as we know it.

Being signed to the aces of house music recordlabels; Axtone, STMPD, Protocol, Epic247 and Musical Freedom, Magnificence delivers unprecedented releases like ‘Fire’, ‘Encore, ‘Out Of My Mind’ and collaborations like ‘Feel it’ with Deniz Koyu, ‘Unboring the Future‘ with Shapov, ‘Apart’ with Zonderling and ‘Heartbeat’ with Nicky Romero. On stage Magnificence made unforgettable appearances on the biggest festivals throughout Europe, such as Tomorrowland, Electrobeach, RFM Somnii and making his mainstage debut on Creamfields UK during the 2021 edition. Proving the hype is real, Magnificence sold out their first headliner shows across the globe; in global metropoles like Montreal, Toulouse, Madrid, Tokyo and Shanghai to name a few.

Axwell tweets: “Magnificence is the future!”

The rise of Magnificence in the electronic music scene accelerated after Swedish House Mafia premiered the first songs of the Magnificence EP during their highly anticipated reunion set at Ultra Music Festival 2018 in Miami. The Magnificence EP (Cobra, Fire, Out Of My Mind) on Axtone turned out as the trendsetting release in 2018 and would influence the electro house scene for the years to come. Being awarded #66 most supported producer globally by 1001tracklists.com. Honored with exclusive remix duties for Tiësto, ZEDD, Afrojack, Zack Martino and Sunnery James & Ryan Marciano continue the hype around their distinct sound. Magnificence enjoys a long and wide support list by the biggest influencing artist across the scene, including the Swedish House Mafia, Tiësto, Martin Garrix, Alesso, Zedd, Axwell /\ Ingrosso, Don Diablo, Nicky Romero, Afrojack and Steve Angello, while simultaneously being supported in some of the main Spotify playlists, such as mint, Dance Rising, Beast Mode, Dance Party, Friday Cratediggers and Power Hour.

Magnificence pushes mainstage house music back to its core and at the same time deliver a vision for the future of the genre. With a solid live reputation and a package full of announcements coming up throughout 2022, Robin is working hard to ensure that the future of electronic music will be Magnificence.