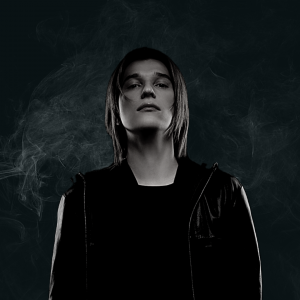 Starting out as one half of popular progressive duo Hard Rock Sofa, the pair’s progressive hits ‘Here We Go’ (used as the soundtrack to blockbuster movie series ‘The Fast & The Furious’) and 2013’s ‘Rasputin’ soon became staple parts of Swedish House Mafia’s #OneLastTour set lists, with Shapov’s talent soon catching the eye of the trio’s legendary producer, Axwell.

Signing Alexander to his iconic Axtone Records label, the Russian – now going alone as Shapov, soon began to garner attention globally, delivering the thunderous SHAPOV EP, made up of ‘Disco Tufli’ and ‘Party People.’ After a string of heavily supported Axtone tracks, including ‘Runic’ and ‘Future Rave’, Shapov found himself catapulted into the public eye upon the release of 2016’s whopping anthem ‘Belong’, a collaboration with label boss, and long-time mentor, Axwell, which soon amassed over 20 million Spotify streams.

Performing at Ushuaïa Ibiza as part of Axwell Λ Ingrosso’s summer residency, Shapov was named as support for the duo’s further shows at the Heineken Music Hall during Amsterdam Dance Event 2016, and later, New York’s famous Terminal 5 venue. Becoming a firm favourite of the Axtone family, the producer delivered explosive sets at the label’s showcase events at the likes of Miami Music Week, Medusa Sunbeach Festival in Valencia, and of course, Axwell’s Axtone stage at Tomorrowland.

With a list of tour dates that stretches across Asia via Taiwan, Myanmar, and Malaysia, Shapov’s genre-defining sound has spread itself globally, with the fast-rising talent playing slots at Electrobeach, Parookaville, TOP HILL Budva, Nameless, and a huge performance on the Tomorrowland main stage in 2017.

Lending his hand to remixing duties for the likes of CamelPhat and Afrojack, cleverly combining classic and forward-thinking elements that have come to form the “Shapov sound”. The Russian has also demonstrated his diversity with Armin van Buuren collaborations ‘The Last Dancer’, ‘Our Origin’ and now “La Résistance De L’amour” to complete the “Trilogy” EP teaming up with the Dutch trance master to provide a unique fusion of both artist’s dynamic styles.

Launching his anthemic production ‘The Way’ in 2018, the track – later remixed by the likes of Pete K and Marcus Santoro – served as the follow-up to 2017’s sumptuous 4-track ‘Four Corners’ EP, which also included MEG/NERAK collaboration ‘Breathing Deeper,’ and fan favourite ‘Some People’, a bold showcase of Shapov’s melodic and high-powered tones.

Cementing his reputation as one of the most exciting and innovative talents in dance music right now, Shapov continues to blitz all before him, delivering his unique blend of big-room and progressive influences to all corners of the globe.